As the certified non-profit economic development corporation serving Chittenden County, GBIC is dedicated to implementing our vision of a thriving Lake Champlain region.  This includes an economic environment providing meaningful employment consistent with an uncompromised natural environment, while enabling present and future generations of Vermonters to live, learn, work, and play in the Champlain Valley.

GBIC strives to attract, retain, and expand environmentally sensitive high-paying jobs in the Champlain Valley, and to initiate and support advocacy, education, and collaborative programs in promoting our Vision. 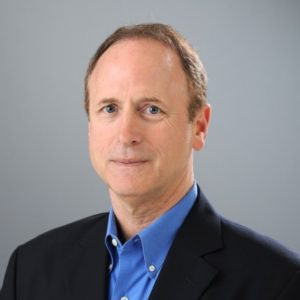 Frank Cioffi is a graduate of the University of Vermont, where he received a Bachelor of Arts Degree in Political Science.

From 1995 to 1998, Frank served in the Administration of Governor Howard Dean, M.D. as Commissioner of the State of Vermont Department of Economic Development.

In January of 1998, Frank accepted the position of President of The Greater Burlington Industrial Corp. (GBIC) & Cynosure, the Regional Economic Development Corporation serving Chittenden County, Vermont.  Frank participates in numerous organizations and civic activities in Vermont, and he currently serves as a member of the following Boards of Directors and organizations: Sam has recently rejoined GBIC with a focus on the Municipalities and value-added businesses in Chittenden County.

She has over 20 years’ experience in economic development in Vermont at both the state and regional levels of which 12 years were at GBIC and 10 years as the Executive Director at the Central Vermont Economic Development Corporation.

She was a real estate licensee from 1991-2016 and is a retired Chairperson of the Vermont Real Estate Commission.

In addition, Sam is currently a member of the Board of Directors of the Vermont Electric Power Company (VELCO). Curt Carter has been with GBIC since retiring from the State of Vermont in 2007. As GBIC’s Vice President, Curt focuses primarily on business expansion and retention working closely with more than 200 of the area’s value added, dollar importing, manufacturing and business service companies. Curt’s economic development experience comes from working in Vermont’s Department of Economic Development for nearly 30 years.

Notable accomplishments while at DED were founding the VT Business and Industry Expo and the Vermont Investors Forum along with providing environmental permitting assistance for many major projects. Curt has worked with Vermont’s Act 250 since its enactment, either as an administrator or advisor. He has served locally in numerous town positions and is currently President of the Jericho Community Development Corporation.

A UVM economics grad, Curt lives in Jericho and enjoys doing almost anything, as long as it is outside. Prior to joining GBIC, Alex worked as a government affairs intern for Downs Rachlin Martin during the 2021-2022 session of the Vermont Legislature. He also has experience working for government agencies in his hometown of Albany, New York, where he specialized in the review of funding proposals, and on political campaigns at the local and federal levels.

During his time at Middlebury, Alex produced a political science capstone project on higher education policy and a mathematics thesis applying analysis to the space of fractals and fractal dimension. Alex also helped create Next Blaster Co., a startup company in the entertainment space.

Alex is a 2018 graduate of The Albany Academy, where he was valedictorian.

Outside of work, Alex enjoys reading, playing tennis and squash, and perpetually refilling his beloved old sports sedan with oil.

Strengthening, growing and maintaining a value-added business economy and climate requires collaboration among a diverse group of organizations. GBIC is proud to work with and provide mutual support to the many pillars of our economy and of our community.

The Vermont Council on Rural Development

Agency of Commerce and Community Development